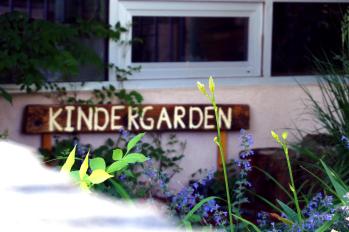 Some time ago a friend said it seemed to him that when a person became a Christian they believed they had arrived, graduated from College, got the cap and gown, and now they knew it all. He admitted he just didn’t feel like he was ready to graduate yet.

As he was talking, I thought back to that time in my life when I became a Christian, and I couldn’t help but explain how it was for me. Contrary to thinking that I had graduated from College, I felt like I had finally entered Kindergarten. It felt like I had been held back for a long time, unable to learn, unable to see what was all around me. I felt like a small child who enters the world of learning for the first time and begins to discover the wonders of the world, the wonders of language, science and math, the wonders of interacting with other people.

I remember going for long walks along the Klondike River and marveling at what I was seeing. I had walked there many times before, and enjoyed it, but somehow everything seemed fresh, everything had more color, more life. I was seeing the world for the first time, not just as a beautiful place, but as a beautiful place created by a loving God, created specifically for those upon whom He wanted to shower that love. I began to see there was something much more amazing than just the surface of things - there was mystery, infinite pattern, purpose and wisdom behind it all. Even the things I read had a depth to them I had not seen before. My interaction with people slowly became not just a game of relationships, but a meaningful exchange of lives.

1 Corinthians 1:5 says, “For in Him you have been enriched in every way - in all your speaking and in all your knowledge …” When a person accepts Christ, he is enriched in every way, because the source has been revealed. As we acknowledge the Source, turning to Him for understanding and knowledge, we become aware of the depth of His love as he grants us a measure of these things. He grants us a sense of wonder and awe that brings the world to life.

The excitement lies in realizing there will never be an end to it, never a point when we will know it all, until we come face to face with the One who has created it all. 1 Corinthians 13:12 says - “Now we see but a poor reflection; then we shall see face to face. Now I know in part; then I shall know fully, even as I am fully known.”

Graduated from college with nothing more to learn? Oh no, not even close, but rather, just entering Kindergarten with an infinite world of knowledge and understanding yet to be discovered.