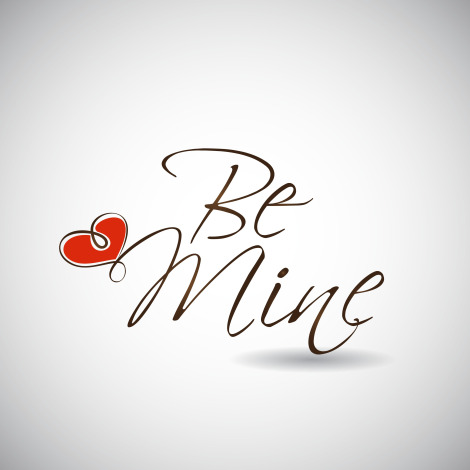 I ripped the cellophane wrapping off the small package with delight. The cards my mother had bought that morning were perfect. They were bright red with hearts all over them and short funny sayings appropriate for Valentine’s Day. I spent all that evening addressing the envelopes and signing my name to all the cards. All, that is, but one.

There was one card in the package that was larger than the rest. It said, “Be Mine,” and the verse inside was not funny. In fact, to me, it was so serious that my heart beat faster. This card was going to someone I thought was deserving of something so special. His name was Darryl. I was ten years old and I was “in love.”

I did not sign my name to the card addressed to Darryl because I was afraid. I did not want to admit my feelings for fear of being rejected. What if he just laughed? What if he threw the card in the trash and someone else saw that it was from me? What if he left it behind on an empty desk for anyone to see? No. I would not put my name on that card, but I would pray that Darryl would know who it was from.

Giving your love and affection to someone is a risk. You become vulnerable to being hurt, to rejection, perhaps even to ridicule. Jesus knew all about that when He agreed to be born as a tiny babe on earth. He knew that many would spurn His love. Many would scorn his affection. Many would just laugh. And then a mob would demand His death. No one would understand. None of it would look like a fairy-tale and the ending was anything but happy. It would look like defeat and it would stink of death.

But it was the greatest act of love this world has ever seen. Christ gave up the glories of heaven, took on the physical limitations of a human body and then allowed that body to be tortured and killed. He did it all so that we would be able to live in the presence of His Father’s love eternally. He did it with an anguished cry of, “Be Mine!”

Jesus was neither afraid nor embarrassed to sign his name on the card that revealed His love for us. His card was a cross erected on a hill outside the city of Jerusalem. He signed it with His own blood and when it was delivered to the world at the moment he died, all the barriers between us and God were torn down. Forgiveness was ours for the asking and hope became a reality.

It was therefore true when the apostle Paul said to the people in Rome – “For I am convinced that neither death nor life, neither angels nor demons, neither the present nor the future, nor any powers, neither height nor depth, nor anything else in all creation, will be able to separate us from the love of God that is in Christ Jesus our Lord.” (Romans 8:38-39)

That is a Valentine worth cherishing.

One response to “Be Mine”