“Blessed is she who has believed that what the Lord has said to her will be accomplished!” Luke 1:45

Ruby & the Romantics blared from the speakers overhead, “Our day will come”, the words pierced my very soul and a smile spread slowly across my face until I was grinning from ear to ear. The words may as well have been spoken by God himself for the impact they had on me.

Four o’clock that morning I had awoke to a screaming migraine that was the result of stress and worry. Stress about what the coming day would hold for me, and worry that I would make a complete fool of myself in front of the very ones that I felt, held power over my future. This was the day that I was to place my manuscript and proposal in the hands of an editor for consideration.

I tried many things to alleviate the pain that radiated through my skull; medication, a cool shower, scripture meditation; nothing worked. After an hour, the thought of riding the elliptical trainer downstairs for my morning workout, seemed an impossibility. But dwelling on the pain wasn’t helpful either, so off I went.

Music played in the gym, but I was alone.  I chose a bike in the corner and began to pedal my way through the routine.

Eyes closed, breathing deep, I tried to release the tension that had found its way across my shoulders. But it wasn’t until Ruby and God began to serenade me that the tense muscles began to relax and the pain in my brain began to drain! With the first four words of that song, I realized that no one held power over me but God, and that I am never alone; He is always with me. That no matter what transpired later on that day, my only job was to be obedient; to say yes to the invitation, and then to be faithful with the task. To believe that God would accomplish what He promised. I believed and for that I was rewarded.

There was a time long ago that a very young girl was given a task that had to have been daunting. Frightening even. Let’s face it, if an Angel appeared out of the blue and told you that your life was going to change dramatically, maybe to the point of endangering your life, but that you had a choice in the matter; what would you say?

My first reaction would most likely be unbelief, like Zechariah. {John 1}  Do you recall what happened to him? Mute….for like 9 months!!  Couldn’t say a word! Next, I would probably be weighing the pros and cons and thinking about how this was going to impact my plans, my life. As I contemplated this madness, I imagine the Angel standing in front of me, arms crossed, tapping his toe on the floor and looking at his watch. {do angels wear watches?}

By the time I would have made what I considered a rational decision, I’m sure that the offer would have been rescinded and He’d be off to another unsuspecting girl, maybe one a little less neurotic, to offer the blessing that I had missed out on.

For that is what it would be, a blessing. Right? Would it be difficult? Probably. Life altering? Most likely. A blessing? Definitely! I wonder how many times the Lord has asked me to join Him, to respond to a blessing, and I have shrugged my shoulders with indifference?

It isn’t likely that an Angel is going to appear at your door bringing good tidings from the Lord (although you never know!), but has He appeared in other ways asking for your commitment? It could be a plea for help from a member of your congregation, a friend or a co-worker. Maybe a struggle that you are witness to that could have used your assistance. Or possibly someone just needing acceptance; a friend. These are offers to join Him in His work and receive a blessing.

Looking back, you can usually tell when you have missed it, for there is that nagging feeling tugging at your heartstrings that you should have helped, or offered a shoulder. Or maybe you spent an inordinate amount of time rationalizing why you didn’t, or couldn’t. It is in the recognition of God at work that the invitation takes place.

But let’s be honest – sometimes God’s work can be downright inconvenient in our lives. It most likely will not fit in with the plans that you have made for your day. There are times where it may even be exhausting; but it will ALWAYS be a blessing.

This week, let’s commit to:

Once you begin to recognize the masters call and respond, it will become second nature. But first we need to believe that God has a plan.

Without thought for herself or her future – only for the honor of saying YES to the Masters call. 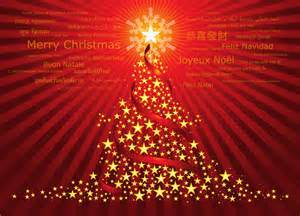 This Christmas season, A BEAUTIFUL LIFE is going to bring you thematic  weeks that will lead us through an understanding of  what this month of Christmas means and how we can relate it to our lives as  Christians. Each week will focus on a different aspect of what the Christmas season means to us here at a beautiful life, and our prayer is that you will learn from our experiences and in turn find the meaning that is evident in your life, as we celebrate the birth of our Savior!

Here is a rundown of the topics that we will cover:

We will continue to follow our normal format with recipes and projects that are meaningful to us within these topics.  Our prayer for you this season is that you will learn to find peace, hope, and meaning in all that you do each day as you spend time with family, friends and ultimately the Lord at this significant time of year.