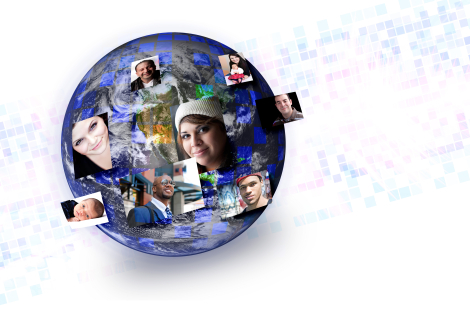 I would like to confront an issue so widespread, it does not have borders; in church, out of the church, financially secure or in poverty, neither skin colour nor race, are an issue – it is a racial boundary crosser.

The issue is Abuse in the Home.

Every one of you reading this will have women or children in your orbit that are abused, even if you are not aware of it. In the USA – The Bureau of Justice’s National Crime Survey reports that a woman is battered in her home every 15 seconds. (RBC – “When Violence Comes Home” Booklet, below, quoted from The Battered Women’s Survival Guide page 4).

No matter what city or country you are in, there should be a safe place for battered women to flee to. Find out the name and the phone number of your place and have it available to give to a woman who might need it.

I am sure when I talk about abuse, you have a picture in your mind of a battered and bruised woman. Abuse can be emotional as well a physical.  Anytime power is exerted over another human being to make them behave in some kind of way, abuse is being done.  It can be directed at children, wives and husbands. Yes, husbands can be abused by women as well but in most cases and for this article – we will focus on women and children being the victims.

I have also helped women outside of the church – women who have had nowhere to go and express their pain safely.

Abuse is only powerful when it is silent.  It is time to break the silence……………

At the beginning of December,  I was driving along at 9:30 at night, it was minus 20 out and  I drove by a woman standing in her driveway holding a baby. There was “stuff” littered all over the ground around her.  I turned around and went back because my gut told me something was very wrong.  I got out of my car and went over to her and asked her if she was “all right?”  She broke down and shook her head no. I held her and told her it was okay, that I understood.   I asked her what I could do as I looked around and saw baby items scattered all over the ground. It was very obvious that she and the baby had been forced out of a car and their belongings had been chucked out all over the ground.  This woman had been left with a baby, only a few months old in minus 20-degree weather.

I held the baby and she asked me to take the baby inside while she picked up all the stuff – she apologized to me over and over and over (abused women often apologize for someone else’s actions).

Is this a one-time incident? No – even though I do not know these people I can guarantee you that this is not the first time this man has abused this woman.   I left my name and directions to my house (very close by)  with this woman so that she can come anytime day or night if she needs safety.  I did not need to tell her to call 911 – she is fully aware of how to do that.  She first needs to recognize that she is an abuse victim, then she needs to break the silence and the power that abuse holds over her.

This woman was standing in a  fourplex situated in a residential neighbourhood – houses lined the street.   Not one person had come out to offer to help – even when I arrived and stood there with her – not one person ventured out to come and help – including her brother in law, who was in the house we were in front of.

People do not wish to be involved and their silence screams out at the victim  - ‘it must be your fault’ and allows the abuser to think it is okay to behave this way.

Abuse is a cycle.  Often abuse can escalate into full on violence, sometimes it will be yelling, degrading words or name calling.  Abuse can come in any of the following forms:

By the time a woman realizes she is abused she usually has no self-esteem left, she does not feel she is worthy of “saving”,  she thinks - it is probably her fault that he gets so mad. If only she tried a little harder. He was so nice before they were married – she can make him get better. Where would she go? How would she support herself?

All of these lies – become deeply entrenched into a woman’s soul at the hands of an abuser.

What can we as bystanders do?   Break the silence.

I remember a phrase that stuck out to me: “I love you too much to let you behave like that.”  Love is not keeping silent, it is wanting the best for others. When we discipline our children, it is because we love them, we want the best for them.  When we speak out on abuse it is because we know there is a better way, we care and it is a loving thing to do.

Talk about it!  If you suspect abuse in a home – ask.

Let women in the church know that your church will not put up with abuse – it will take a stand and support both the abuser (if possible) and the victim. Let your church become a safe place for women and children to be, please let them know someone cares.  Women need to hear men take a stand against abuse.  Women can help women but men need to confront the abuser and ensure safety for the women and children.

Support organisations like Focus on the Family and Radio Bible Class who make huge strides to help families and marriages.

Download or get a copy of the following  RBC (Radio Bible Class) pamphlet and read it – several times, so you can know the symptoms of the abuse cycle.  Have it available to give to victims that might need to read it.    It changed my life.

3 responses to “The Loving Thing To Do”